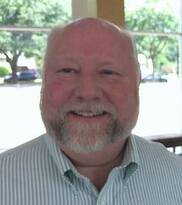 David began as Interim Minister of Music in July 2019. In August of 2021 our congregation voted to make him our permanent Director of Music. He earned a Bachelor of Music Education (Choral) from Winthrop University in Rock Hill, SC, and a Master of Music in Vocal Performance from Southern Methodist University in Dallas, TX.  Since 1990, David has served Catholic, Presbyterian, and United Methodist congregations. He has been active in handbell music since 1993, directing multiple youth and adult ensembles, and starting and directing two children's handbell ensembles. He is a voice teacher, and has been director of several musicals by children, youth, and multi generational casts from 6 years old to 90+.  David is sole proprietor of a private bakery business.  He and his partner, Shannon, began coming to Covenant in 2011, both singing with the Covenant Singers. 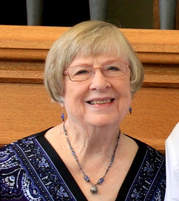 Fran Avera has been Minister of Music at Covenant since October, 1969. She retired in May of 2019. She is a graduate of Westminster Choir College in Princeton, New Jersey (now affiliated with Rider University), with the degrees, Bachelor of Music and Master of Music. She was ordained to the ministry by Covenant in November, 1980.

Before coming to Covenant, Fran served as Minister of Music at University Baptist Church in Austin for 10 years. She has been active as a singer, primarily in recitals and oratorio. She is a voice teacher and served as choral director and voice teacher at St. Agnes Academy in Houston (Dominican Sisters) from 1967- 1997.